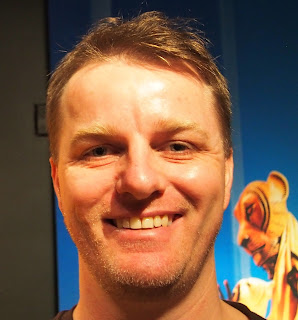 He was also a writer and performer for the puppet web-series The Hobble & Snitch Show. In the late 1990s Brian wrote and illustrated eleven underground comics centred on the Goth subculture in Australia (including titles Crimson: Riot Goth at 7 issues and Alida: The Reluctant Goth), and contributed to several zines and small-press publications.